Reparations and A Raisin in the Sun 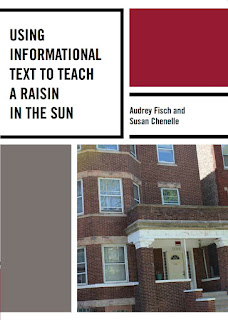 Over this last year, we’ve watched as the COVID-19 pandemic has exacerbated the many forms of inequity that shape the lives of our students. Looking back, we find strength and hope in the new things we’ve learned with our students and the emerging efforts to redress historic wrongs.

This past week brought news that the City of Evanston, Illinois, approved a first round of reparations for Black residents who have suffered the effects of housing discrimination. This effort is believed to be the first of its kind enacted in the U.S.

As reported by the Washington Post, qualified Black residents can apply for housing grants up to $25,000 to be used for down payments on a home, mortgage payments, or home repairs or upgrades. This measure follows research conducted by a city subcommittee that documented discriminatory practices toward Black residents, including past rules that limited where Black residents could live in Evanston. The report, for example, showed that despite the existence of a fair housing law passed in 1968, “as late as 1985, real estate agents continued to steer Black renters and home buyers to a section of town where they were the majority.” While some welcome the city initiative, even those within the community who support the idea of reparations do not necessarily agree with the approach adopted in Evanston. The Washington Post article does a great job of providing detail about the Evanston measure and its history as well as contextualizing it within the broader discussion of reparations occurring around the U.S.

Given Evanston’s proximity to Chicago, this development is particularly relevant to discussion of Lorraine Hansberry’s play A Raisin in the Sun. The Younger family faces just such discrimination when Mrs. Younger buys a home in a White neighborhood on the Far South Side of Chicago in the years following World War II. The events of the play are based on Hansberry’s father’s unsuccessful attempt to do the same, an effort that ultimately went to the Supreme Court. Our volume Using Informational Text to Teach A Raisin in the Sun provides text clusters on housing discrimination past and present that can help you and your students understand both the context of A Raisin in the Sun and Evanston’s attempt to redress the effects of this legacy.

In addition to the many news articles written about this historic measure, the City’s website provides extensive information about the effort, which has been in the works since 2019. Informational texts include: answers to frequently asked questions, links to municipal resolutions and reports, and videos of an Evanston town hall meeting and a presentation on the “State of Housing in Black America,” in which the history of restrictive covenants and federal redlining and their long-lasting impacts are discussed. This wealth of informational texts provides a variety of options for you and your students to draw from in making sense of A Raisin in the Sun, making connections with history, and considering historical inequities and reparations in your own locality.