The Atlantic: How Gatsby explains Trump 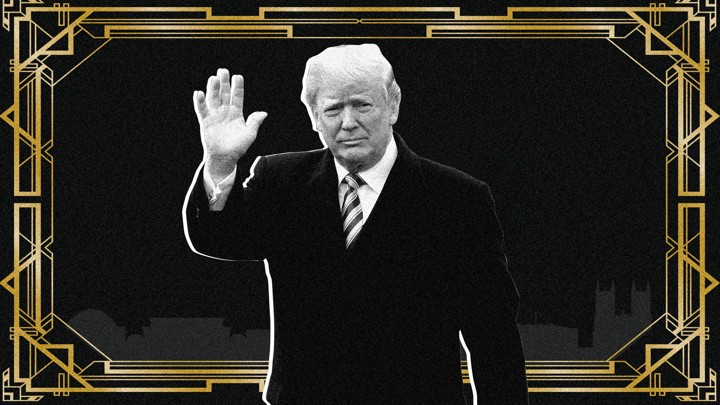 If you have been following our work on Gatsby, you know we are interested in the ways in which Fitzgerald’s novel is eerily resonant with many of the issues we are facing at this moment: anti-Semitism, anti-immigrant sentiment and general xenophobia, economic inequality, white nationalist anxiety, and more. Time and again we are intrigued and amazed at the ways in which Fitzgerald’s 1925 text anticipates and reflects the issues of our current historical moment (which may be to say that these issues continue to appear and reappear across time).

In any case, we were thrilled to read Rosa Inocencio Smith’s recent, brilliant piece in The Atlantic, which addresses many of the issues with which we have been grappling. In “How The Great Gatsby Explains Trump,” Smith reads the novel as “a surprisingly apt primer on the [current] president of the United States.”

In her accessible and engagingly written (and highly teachable) article, Smith explores both the superficial and deep connections between Tom Buchanan and Trump and argues that Gatsby, as a story about power under threat, can be read as a “warning” of how power “can render truth irrelevant.”

As Smith details, all the main characters in Gatsby, not just Tom, use their wealth and power to assert a kind of deceitful privilege in the world. Jordan cheats at golf. Nick buys a financial practice to start a new life, leaving the Midwest and a “tangle” of a relationship behind. Daisy, with her “voice full of money,” rarely, as Smith notes, “says anything she means.” As Nick notes, it’s almost as if Daisy and Tom belong to a “distinguished secret society,” in which power, not truth, is the real currency.

For Smith, the key warning in Gatsby is not simply Tom’s “carelessness about truth and consequences,” but the ways in which that carelessness infects and is mirrored in so many of the other characters in the novel. Tom, then, like Trump, exposes the “gaps in America’s ideal of itself – the ugly currents of its power, the limits of its possibilities.” The disconnect in Gatsby between truth and power is underscored in the injustice of the novel’s closing: Nick can only shake Tom’s hand and muse that “There was nothing I could say except the one unutterable fact that it wasn’t true.”

Closely linked to Smith’s discussion of power and privilege in Gatsby and Trump is a fascinating discussion by Paul Krugman in The New York Times, “The Angry White Male Caucus.” Krugman argues that Trump’s and Brett Kavanaugh’s white male anger represents a “sort of high-end resentment, the anger of highly-privileged people who nonetheless feel that they aren’t privileged enough or that their privileges might be eroded by social change.” Doesn’t this toxic mix of privilege and anger also sound like Tom, a man of immense wealth who is unaccountably worried about the colored races taking over the world and who, in the course of the novel, comes to face his worst nightmare when he discovers that Mr. Nobody from Nowhere is sleeping with his wife?

Krugman places Kavanaugh’s (and Trump’s white male anger) squarely in the context of privilege, arguing that both men exemplify the “hard-partying sons of privilege who counted on their connections to insulate them from any consequences from their actions, up to and including behavior toward women.” Krugman suggests that that this kind of privilege is in fact under siege in the increasingly diverse United States and that “nothing makes a man accustomed to privilege angrier than the prospect of losing some of that privilege, especially … the suggestion that people like him are subject to the same rules as the rest of us.”

Of course, Gatsby makes clear that Tom is not subject to the same rules as the rest of us. Gatsby, in the end, does not represent any threat to Tom; even the prize, Daisy, returns to her rightful position with Mr. Somebody. The status quo is maintained, albeit unsettlingly, within Gatsby, although the novel registers both the threat to and the rage of its Trumpian Tom.

Those of us who teach in places where candid and open discussion of the current political scene is possible are lucky to be able to teach Gatsby in a moment where its relevance can infuse our teaching with the kind of purpose that is so critical in the classroom. The connections between Gatsby and Trump underscore for us and our students why this text matters and how it enables critically important conversations. Smith’s article, for example, illustrates exactly how pertinent and revealing careful literary analysis can be beyond the English classroom.

For those of us for whom such explicit discussions would be more dangerous (and we know that ours is a difficult moment for academic freedom), it is worth remembering the vital work of opening up space in the classroom for conversations vis-à-vis the very traditional and canonical Gatsby about power, truth, privilege and xenophobia. Even when we don’t link these issues explicitly with Trump or Kavanaugh as part of our classroom conversations, our thoughtful attention to the issues of power and its abuses in Gatsby can serve as a catalyst, provoking and allowing students to make their own connections in their writing or in their private conversations outside the classroom.

And while it may seem risky to engage in such difficult discussions in our classrooms, as we discussed with the dedicated teachers we met at the NJCTE Fall Conference last weekend, it is far scarier to allow our students to leave our classrooms without having the opportunity to learn how to engage in the kinds of  thoughtful, critical conversations that our democracy hinges upon. If you share the same concerns and happen to be in Pennsylvania on October 19, please join us at PCTELA to continue this conversation.
Posted by Using Informational Text at 6:14 PM